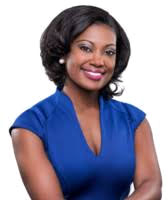 Nicete Moodie is the Executive Director of the Maryland Association of Student Council (MASC). A Maryland native, Ms. Moodie credits a lot of who she is today from the strong foundation of student activism and leadership built during her years of involvement with student government in high school and college. While Ms. Moodie was a junior at La Plata High School in Charles County, she served as President for Student Government Association. She believed in the power of student activism and thus, in her senior year, she pursued and obtained the position of President for Charles County Association of Student Councils (CCASC) which allowed her to serve as a member of MASC. There, she honed her leadership skills, strengthened her problem-solving abilities and improved her team collaboration skills, all of which she used in college and throughout her professional career.

Ms. Moodie has had various positions in the state of Maryland that have allowed her to form strong relationships with key stakeholders. As Program Manager for the No Kid Hungry Campaign of Share Our Strength, Ms. Moodie managed a small team of outreach coordinators that worked across the state to improve the accessibility of school nutrition programs. Under her leadership, she established a successful and impactful community outreach program that included participation at community meetings with local elected officials and participation at Maryland State Education Association (MSEA) and Maryland Association of Counties (MACo) conferences. Shortly after, Ms. Moodie was the Youth Program Specialist for the American Dairy Association where she continued to work with school administrators and student-led focus groups across Maryland, New Jersey and Delaware. She spearheaded logistical planning for seminars and conferences including program structure, identifying speakers, stakeholder engagement and communication.

Currently, Ms. Moodie is a Community Schools Coordinator with Prince Georg’s County Public Schools where she manages the leadership team at a large middle school to coordinate all student and family support services and diligently works to create a learning environment that supports student achievement and wellness.

Ms. Moodie knows what it takes to be an excellent leader for the deserving youth of Maryland- to set an example, advocate for students and facilitate communication for them to learn and grow. She was fortunate to have advisors and leaders who provided these critical skills when she was in MASC. Now she looks forward to returning the favor to the next generation of future leaders.

Karen Crawford has been working with student leaders since 1977 when she was a junior high school student council advisor.  Since that time, she progressed to working at the county, state, and national levels in specific positions or in facilitating workshops.  From 1999 to 2014, as the administrator of student leadership in Montgomery County Public Schools, Karen worked directly with her county middle and high school student council advisors and county and state-level student leaders. Throughout her career, she has been constantly learning and growing.  Retiring in 2014, her continued work with student leaders exemplifies the simple philosophy, “No one cares how much you know until they know how much you care.”  Currently serving as the volunteer Assistant Executive Director of the Maryland Association of Student Councils (MASC), Karen is passionate about supporting the student’s voice and enjoys working with student leaders to address issues and create change in their schools and communities.