Meet the people serving on the Board of Directors for MASC 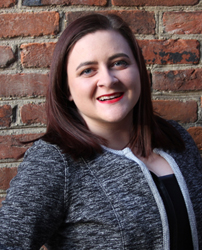 Olivia Keithley was born and raised in Baltimore County, Maryland. She attended Baltimore County Public Schools and became passionate about student leadership during her time as a student. She completed her Bachelor of Arts degree at Ursinus College in 2016 where she studied Politics, Education, and African American Africana Studies. She completed her Honors thesis in the Education Department where she studied the role of liberal arts educational institutions in sustaining principles of democracy. She completed her research fellowship while studying anti-racist pedagogical approaches in higher education.

Olivia went on to complete her Master of Arts degree at Georgetown University where she studied Educational Transformation through Advocacy and Policy, focusing on youth leadership and youth access and participation in the democratic process. While earning her Masters, Olivia served as the Executive Director of the Maryland Association of Student Councils where she worked alongside students to create new initiatives such as the Women’s Leadership Forum, Student Forum with Elected Officials on Gun Laws and Gun Violence in schools, and implicit bias training for student workshop presenters.

Olivia has advised college student government programs and taught in the Education department of two institutions of higher education. She now works at The University of Dayton in Ohio where she serves as the Coordinator of Co-curricular learning overseeing experiential learning, workshops supporting the holistic development of students, and teaches a course in the Education Department focused on Race, Identity, and Intergroup Dialogue. Additionally, she is in charge of the assessment of the co-curricular experience.

Over the last ten years, Olivia has been employed by Maryland Leadership Workshops where she has served as a staff member, program director, as well as overseen staff training and staff hiring. Throughout her tenure, she has taught workshops on various leadership topics centering on identity. Through it all, Olivia’s favorite part of her work remains working in partnership with students to build a more just community. 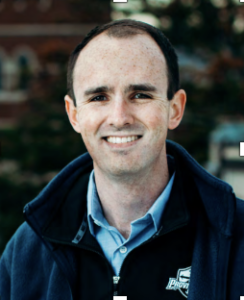 Michael Hagan is an award-winning creative communications professional specializing in higher education enrollment marketing and publications. He is a staff writer for Providence College News and Magazine in Providence, Rhode Island. He holds a B.A. in History and English and an M.A. in American and modern European history from Providence College. He is currently pursuing and M.A. in theology from the same institution. Until recently, he was a longtime staff member at Maryland Leadership Workshops where he designed and facilitated summer residential programs for middle school students in addition to co-directing staff training. In high school, Michael was president of MASC after serving as legislative affairs coordinator and parliamentarian. His years in MASC remain among his fondest memories and most important formative experiences, and he is committed to advancing the organization as a space where students meaningfully engage in democracy, develop leadership capacities, and build friendships. 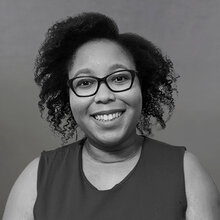 Madiba K. Dennie is a counsel at the Brennan Center for Justice, a professor (committed to racial and gender justice), and a columnist, and holds a JD from Columbia Law School as well as an AB in Politics and certificate in African-American Studies from Princeton University. Her work is particularly focused on fair and equitable representation in our political process.  Her legal and political commentary has appeared in outlets including The Washington Post, The Nation, and Balls and Strikes.  Madiba currently serves as Secretary on the MASC Board of Directors. Madiba was involved with MASC all throughout middle and high school, and eventually became MASC President. Madiba remains grateful for the opportunities she had as a student and credits her MASC experiences with putting her on a lifelong path to strengthening democracy. Madiba is passionate about MASC’s work because she wants all students to feel empowered to build a better world. 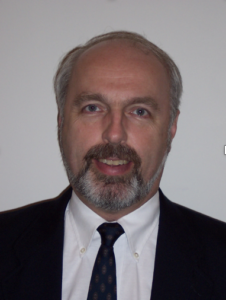 Wayne Perry is a retired principal from Harford County, Maryland, and holds a BS in Music Education from Towson University and an MA in Curriculum and Instruction from the University of Maryland, College Park. He currently is an adjunct supervisor in educational leadership for McDaniel College Graduate School. Wayne has served as the MASC Registrar since 2004 after several additional years as the regional advisor to the Harford County Regional Association of Student Councils. Wayne has a deep commitment to youth leadership development that enables young people to be meaningfully involved in their communities at school and at home. Whether serving with a title or without, Wayne believes that empowered with leadership skills, everyone can contribute to the success of their nation, their communities, their families, and their own lives.

Jeremy Brown has served as regional advisor for the Frederick County Association of Student Councils FCASC).  Since 2000, he has also served as the advisor to the Linganore High School (LHS) student government association.  Mr. Brown works as a Work-Based Learning Coordinator at LHS in Frederick County Public Schools (FCPS).  He has been a teacher and leader for FCPS for over 25 years.  Mr. Brown began his work at LHS as Team Leader/Project Coordinator for a USDE Smaller Learning Communities grant to develop and implement a first-year student academy program.

Mr. Brown teaches multiple levels of Career Research and Development coursework, including dual enrollment courses.  He supervises students in Work-Study, Mentor-Internship, Student Service Learning, and Youth Apprentice programs.  He is the FCPS Youth Apprentice Teacher Coordinator. He serves on a number of county, regional, and state committees and advisory groups.

Mr. Brown is the academic awards and graduation coordinator at his school and serves as faculty advisor to the Key Club.  Outside his roles in FCPS, he currently serves on the Board of Directors for the Center for Dependable Strengths and is a past member of the Board of Directors for the James Madison University Alumni Association.  He is an adjunct professor at Frederick Community College.  When not working, he is an active traveler and serves as a volunteer for the Olympic Games. 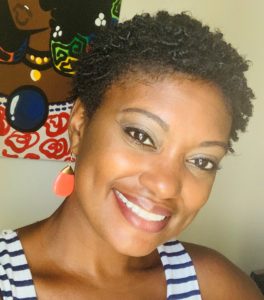 A Maryland native, Nicete Moodie credits a lot of who she is today from the strong foundation of student activism and leadership built during her years of involvement with student government in high school and college. While Ms. Moodie was a junior at La Plata High School in Charles County, she served as President for the Student Government Association.  She believed in the power of student activism and thus, in her senior year, she pursued and obtained the position of President for Charles County Association of Student Councils (CCASC) which allowed her to serve as a member of MASC.  There, she honed her leadership skills, strengthened her problem-solving abilities, and improved her team collaboration skills, all of which she used in college and throughout her professional career.  Currently,  Nicete works full time as a Community Schools Coordinator with Prince Georg’s County Public Schools where she manages the leadership team at a large middle school to coordinate all student and family support services and diligently works to create a learning environment that supports student achievement and wellness.  Nicete knows what it takes to be an excellent leader for the deserving youth of Maryland- to set an example, advocate for students and facilitate communication for them to learn and grow.  She was fortunate to have advisors and leaders who provided these critical skills when she was in MASC. Now she looks forward to returning the favor to the next generation of future leaders. 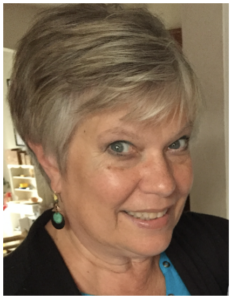 Karen Crawford has been working with student leaders since 1977 when she was a junior high school student council advisor.  Since that time, she progressed to working at the county, state, and national level in specific positions or in facilitating workshops.  From 1999-2014, as the administrator of student leadership in Montgomery County Public Schools, Karen worked directly with her county middle and high school student council advisors and county and state level student leaders. Retiring in 2014, her continued work with student leaders exemplifies the simple philosophy, “No one cares how much you know until they know how much you care.”  Currently serving as the volunteer Assistant Executive Director of the Maryland Association of Student Councils (MASC), Karen is passionate about supporting the student voice and enjoys working with student leaders to address issues and create change in their schools and communities. She holds a Bachelor of Education from the University of Maryland, a masters in Special Education from Bowie State University, and Administration and Supervision Certification from Johns Hopkins University.